A Part of Killarneys’ History

Have you heard of the Group of Seven?

The famed Canadian group of artists, who all made sure to inject a Canadian identity in their work, held influence over the area of Northeastern Ontario.

The original cabin of Frank Carmichael is on our lake (Cranberry) and it is still owned by his family!

Charlton Lake Camp is located on a set of lakes (Frood & Cranberry specifically) that received significant attention from some of the members (Carmichael in particular), and Nellie and Grace lakes are easily accessed from ours and a significant volume of work was done on those lakes. We have canoes on both Grace and Nellie lakes for our guests to use to explore those magical lakes.

Tom Thomson, another artist who was closely associated with the group, passed away in 1917, before the official formation. His painting style represented the Canadian lifestyle and landscape, influencing the members.

In May 1920, the artists decided to officially put their work in an exhibit as the Group of Seven at the Art Gallery of Toronto. This event is noted as the official founding of the Group, and as a pivotal moment in Canadian art history. Johnston left the group shortly after this showing.

The Group’s continued experiment and dedication to their art left an impact far beyond their years, portrayed via their success and its expansion.

In 1926, A.J. Casson became a member. Trying to broaden the geographical base of the group beyond Toronto to become a National School of Painters, Montreal’s Edwin Holgate joined in 1930 and Winnipeg’s L.L. Fitzgerald followed two yeas later. The group eventually felt it necessary to change their identity due to a concern of the chance of excluding younger and more forward-thinking artists. Officially, the group was dismantled and formed the Canadian Group of Painters in 1933, lasting until 1967.

The Group of Seven’s influence in Canadian art has been reflected in the rise of contemporary artists throughout the years. For example, Emily Carr was also associated with the Group of Seven and was of the same time period of the original group, but was not included as an official member.

Throughout the years, the Group members travelled throughout many regions, but it was artists Carmichael, Casson, Jackson and Lismer who were most notable in painting the northeast. Their work often depicted landscapes like Sudbury, Killarney, La Cloche, French River and Georgian Bay and Manitoulin Island.

Their work inspired the lifelong dedication of Jim and Sue Waddington to find and document the sights that captivated the Group. They have published a book on their findings, entitled In the Footsteps of the Group of Seven. They also have hosted educational sessions and trips to some of the spots.

The Group of Seven and their contemporaries’ work can be seen in Ontario as part of the collection of The McMichael Gallery in Kleinburg, the Art Gallery of Ontario in Toronto and the Ottawa Art Gallery and the National Gallery of Canada in Ottawa. However, you can see where their inspiration lives on — see it for yourself in Northeastern Ontario! 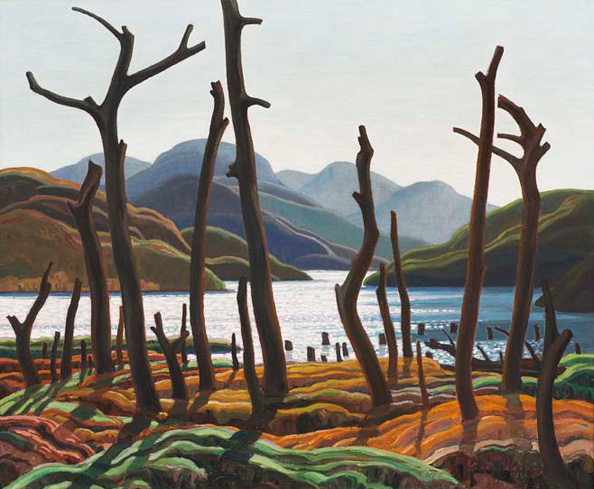 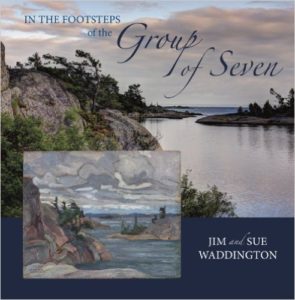 In the Footsteps of the Group of Seven – Facebook Page

Mapping the footsteps of the Group of Seven – Toronto Star Article